The Danish waters are home to the Atlantic cod. It lives at the bottom of the sea or in the bottom of fjords. The cod’s eggs hatch in the surface of the water, after which, the cod larvae float around in the water. They quickly grow into fish fry and begin their journey inward to the coast, where they hide near the bottom. Small cod want to hide in eelgrass, but as these habitats are limited nowadays, they can find shelter in stone reefs or biohuts.

It is especially necessary that we help the small cod find places to hide. The International Union for the Conservation of Nature (IUCN) has categorised the Atlantic cod as “vulnerable”. Despite the fact that a fertile female cod can spawn up to nine million eggs, many of these do not become fertilised, and many of those that do, are eaten before they are big enough to spawn themselves. This is among other things, because the small cod does not have enough places to hide in the water from bigger predatory fish.

Naturpark Lillebælt’s project Belt in Balance shall contribute to re-establishing the cod population in the Little Belt. Through stone reefs and biohuts, the nature park will make sure that the cod fry have more places to hide from the bigger predatory fish, and the #nakogædenkrabbe initiative shall contribute to minimising the population of crabs, who eat the small fish. 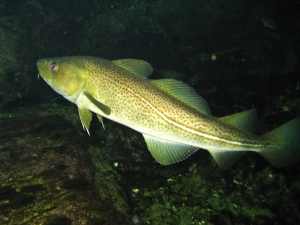 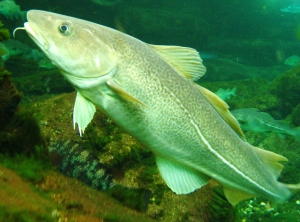 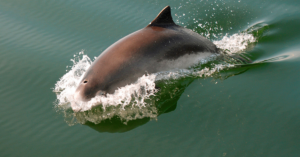 In the Little Belt, you will find one of the world’s largest populations of porpoises. Read more about the little whale here.
Read more 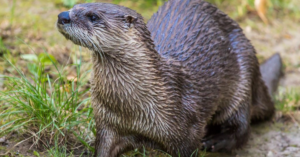 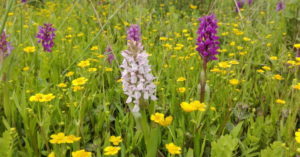 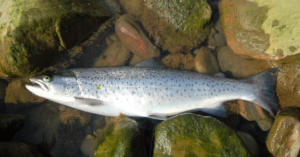 A joy for the eyes and a gift for the dining table. Read more about the sea trout here.
Read more 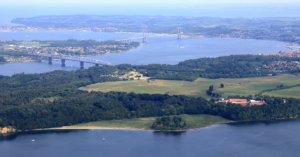