Early February 2022 have opened a new and exciting chapter in Naturpark Lillebælt. The French company Ecocean have installed biohuts multiple places in both Middelfart, Fredericia, and Kolding.

Biohuts are cages filled with empty oyster shells, which are fastened to harbours in order to help create ecosystems for fish in the area. As a result to several centuries of human development, we have taken a lot of nature from the animal kingdom, which cannot live in such unnatural environments. The many harbours around the world, have taken so much space from fish that the survival rate for fish fry is terrifyingly low. Certain species of fish have a survival rate of 10% in nature as it is today. Therefore, Ecocean invented biohuts. These fish nurseries shall contribute to habitats for fish fry, so they can hide from the bigger carnivorous fish, until they grow big enough to survive in the sea.

Fish fry can hide in the oyster shells, while the cages function as an extra protective grille where the carnivorous fish cannot come in and eat the smaller fish. Over time, a natural layer of algae will settle on the oysters, which gives more protection to the small fish. Meanwhile, the oyster and algae create food for the fish fry, so they can grow big. Therefore, biohuts are also called fish nurseries, as they protect the fish fry.

It is very important to recreate the balance in the sea, so the fish populations can remain healthy. Biohuts provide the fish the opportunity to live in human created harbours, where they previously could not live. With the help of biohuts, Naturpark Lillebælt and the Belt in Balance project hope to improve to conditions of especially cod. There are not as many cod in the sea as there should be.

The low cod population in the Little Belt make it difficult for anglers to catch cod. Therefore, Naturpark Lillebælt hope that especially cod fry will enjoy the biohuts, so there can come enough cod to benefit the aquatic environment, as well as the dining table.

The French company Ecocean from Marsaille invented biohuts in 2012. Naturpark Lillebælt worked with Ecocean to set up biohuts in the nature park. Two biologists from Ecocean, Etienne and Remy, took the trip to the Little Belt to provide new homes for the cod fry.

Remy put on a wet suit and hopped into the winter cold waters along harbours and marinas in Naturpark Lillebælt, while Etienne lowered the oyster filled cages into the water, so Remy could fasten them.

The following foundations support the project: 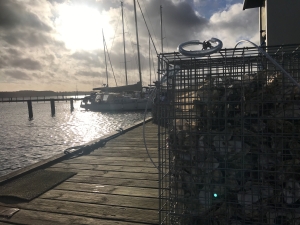 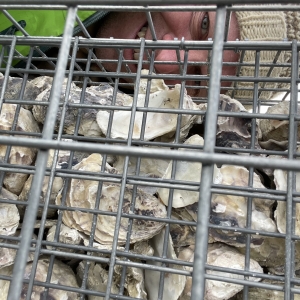 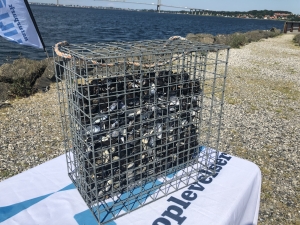 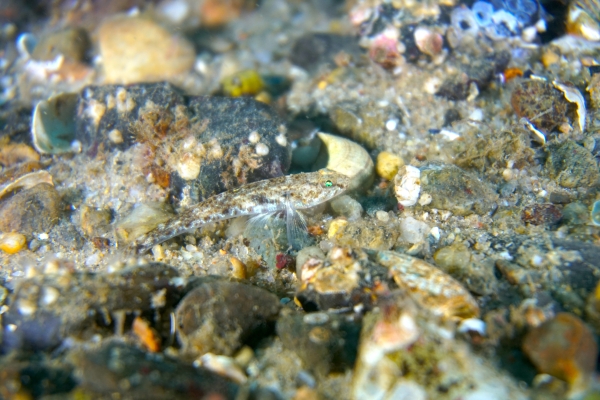 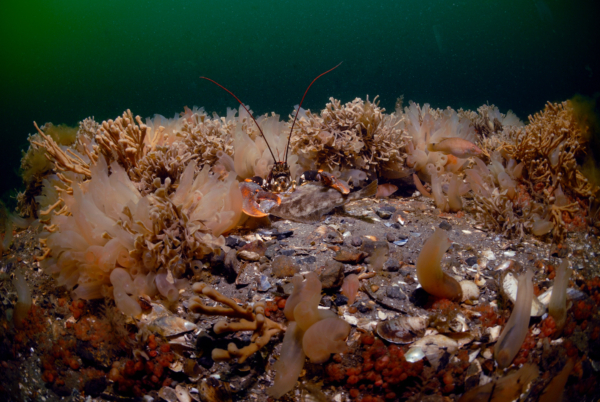 The 56 biohuts are fastened around the harbours in Middelfart, Fredericia, and Kolding municipalities. It is possible to see the fish nurseries and the little fish and crustaceans living in them. The biohuts hang in ways, so it is possible to stand on the harbours and look directed down into the water at them.

Join the Dive into the Middelfart Marina